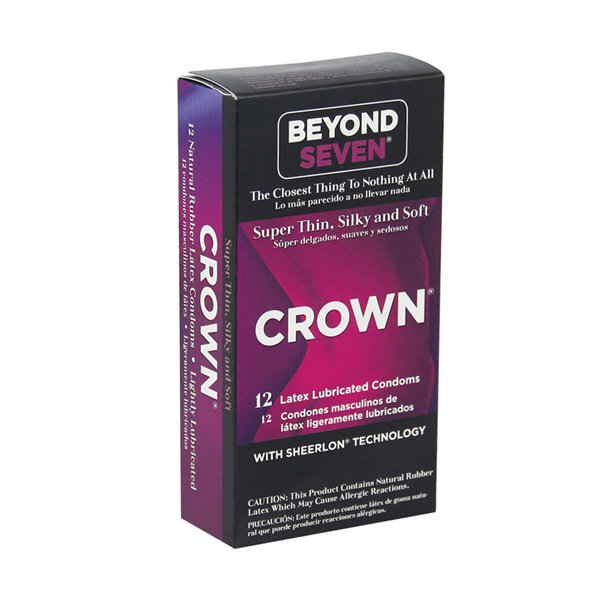 The best selling condom in Japan! Thinner, softer, and stronger than most competitive brands. Crown is pink tinted and lightly lubricated. Straight shaft design. Made of Natural Rubber Latex by Okamoto. 12 Lightly lubricated male condoms. Each Crown condom is individually tested with precises electrostatic technology to maximize dependability. Do not use oil based lubricants on latex condoms. Okamoto is one of the leading manufacturers of condoms in the world since 1934. Our state of the art manufacturing and testing processes enable us to make a thinner, Stronger, and Silky Soft condom for a sensuous natural experience. Condoms come in manufacturer's box. Read and follow the instructions for desired result. Dispose of properly, do not flush. A condom is a barrier device most commonly used during sexual intercourse to reduce the probability of pregnancy and spreading sexually transmitted diseases, STDs such as gonorrhea, syphilis, and HIV. It is put on a man's erect penis and physically blocks ejaculated semen from entering the body of a sexual partner. Safe sex practice, birth control, disease prevention, pregnancy prevent. Always practice safe sex. For contraception, birth control and sexually transmitted infections protection.

© Copyright 2020 The Velvet Lily - Theme by Frontlabel - Powered by Lightspeed